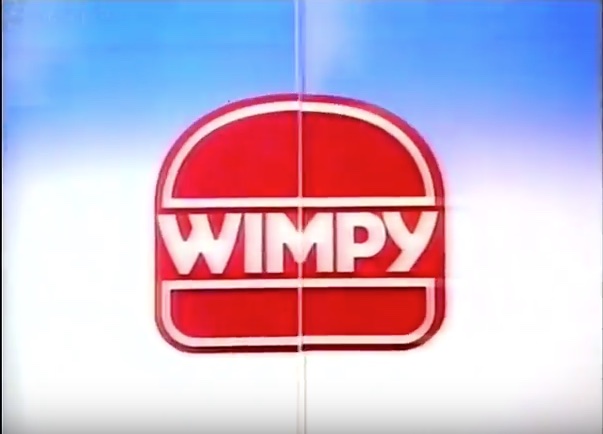 Wimpy, originally Wimpy Grills is an international fast food chain that surprisingly, (to me) was founded in Bloomington, Indiana by Edward Gold during 1934. Why the recent surprise to me? Growing up on the east coast of the United States I had never heard of Wimpy. The oldest fast food chain, (which is also not in all 50 United States) that I knew of is White Castle.

Wimpy, (yes named after the Popeye character) once had 25 restaurants in midwestern US cities. By 1977 there were only 7 locations. When Edward Gold passed on the following year, the remaining US locations closed there doors.

That would have been it and I wouldn’t be writing about them today. If it hadn’t been for some foresight. Mr. Edward Gold licensed to J. Lyons and Co. back in 1954 to open Wimpy restaurants in the United Kingdom. McDonalds and Burger King were infants.

In the 1960s Wimpy had expanded to other European countries and eventually other continents. Today Wimpy parent company, Famous Brands Limited has its headquarters in Johannesburg, South Africa.

As far as I can tell Wimpy relied more on clips from Ghostbusters II instead of being “on location” at a Wimpy restaurant.

Ghostbusters II has arrived and Wimpy is making a meal of it! – Wimpy narrator

I wonder if some executive thought this was a cool shot to include for the tie-in. If Ghostbusters II wasn’t in theaters yet, add a spoiler tag Wimpy! I suppose it is okay because the Ghost Trap clip is out of context anyway. Big movie feel, am I right?

There it is, the sole reason, (well there is an entire food menu as well) why ghostheads went to Wimpy, for a happy Ghostbusters II kids meal. It is more then just a thin cardboard box.

Somehow, (probably Ghostbusters International) Wimpy had a functioning meal box that could also trap a ghost! :O By the way don’t you love how the kid’s classmate totally ignores that Wimpy has a fast food meal box that emits spectral energy? I know I do.

Wimpy kid meal included the standard hamburger, (what, no cheese?) with chips. With a “slime milkshake” British kids won’t even think about that Bat guy.

Apparently the downside of eating or drinking Ghostbusters II tie-in food on either side of the pond is “summoning” Slimer. Who is also enjoying a happy meal.

Wimpy Ghostbusters II kid meal included a “ghost license” which really narrator guy hasn’t been mentioned yet? Why would kids need a license to catch ghosts? For £1.99 kids like him are about to ruin an entire financial future.

No, don’t open it! – Wimpy narrator 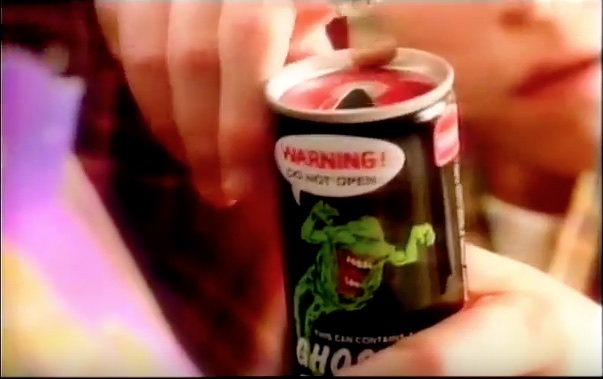 This is the Ghostbusters II version of the “ghost in a can.” A Coca~Cola promotional item that had been around for Ghostbusters outside the US in 1984. In 1989 both fast food chains Wimpy and Burger King had them at locations in England, France, Spain, Germany, and The Netherlands.

By opening a “ghost in a can” a film clip is released! Since the Wimpy meal box doesn’t have a way to re-trap a ghost we’re all moving on. 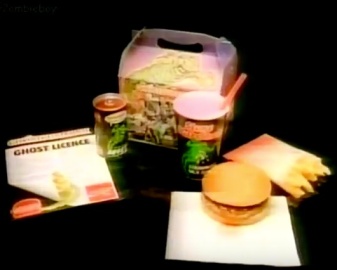 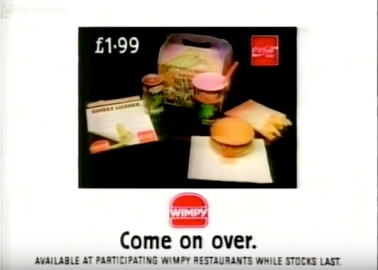 Since Wimpy didn’t have the real ECTO-1A, Slimer Sundaes, or the confident Hardee’s manager they decided to spoil Ghostbusters II out of context for the last time by playing an audio clip of Dan Ackroyd referring back to Ghostbusters.

Sorry Wimpy, not every ghosthead could have a “ghost in a can” with their kids meal.

If you were able to experience Wimpy Ghostbusters II kids meal promotion, I’d be interested in reading about your memories.

If you have any advertising or additional information about this promotion, please let us know. 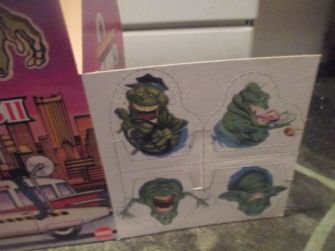