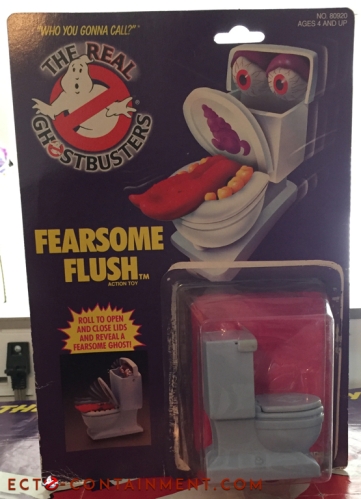 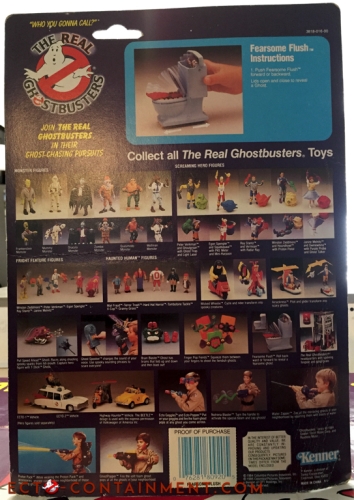 Fearsome Flush is one of two wheeled Kenner toys that I had, the other was Pull Speed Ahead. When I was a kid I believe I thought thinking Fearsome Flush was fun and cool because it’s a plastic toilet bowl toy. No kid would really need a toilet bowl figure. One that transformed into a ghost, lunch money well spent. 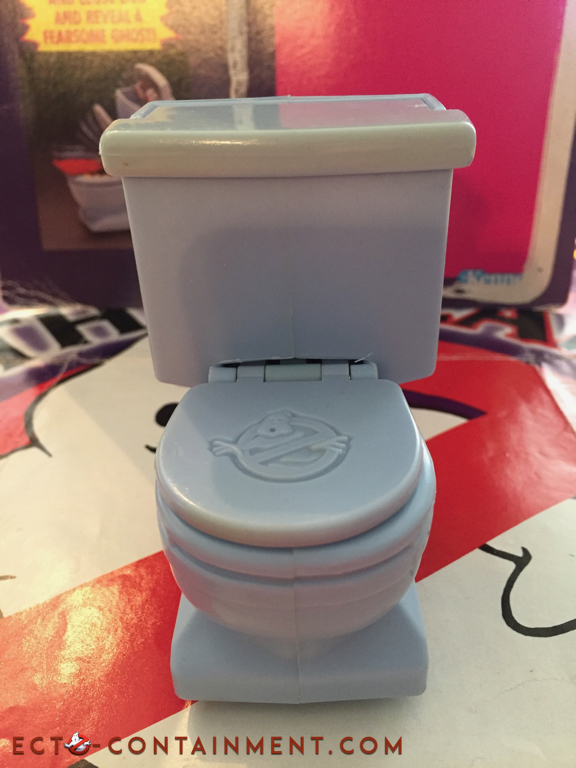 Look at this gray, (wonder why not white) unsuspecting toilet bowl figure. It has a molded “no ghost” logo on the lid. Most likely custom ordered by The Real Ghostbusters first series hero figures. I use to put mine in the Fire House. 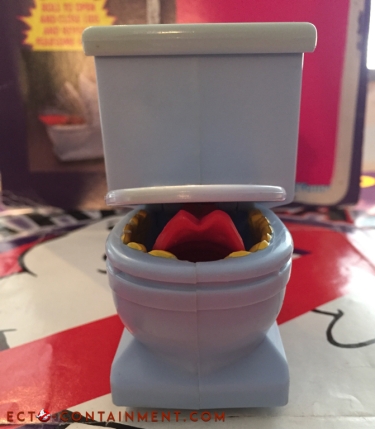 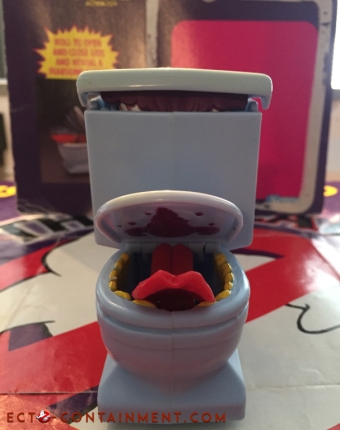 When you sorta slowly pushed or push Fearsome Flush, as the wheels roll forward (and probably backward) the lid begins to open. Revealing teeth and a tongue. That can’t be good!

Awakening a ghostly figure who earned its nickname, eyes begin to appear with its tongue extending a little more. Why does this figure have a tongue!? What is that purple “splotch” under the lid? 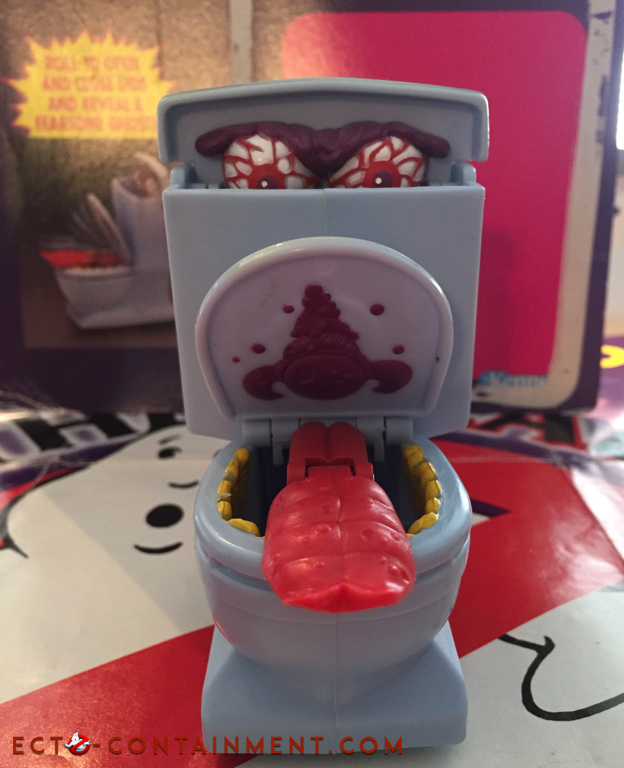 That’s quite the tongue, this is no doctors check up! Let me get this straight, Fearsome Flush is a ghost, why does it need that secondary purple ghost hanging around? Kenner missed an opportunity to tell kids its back story. 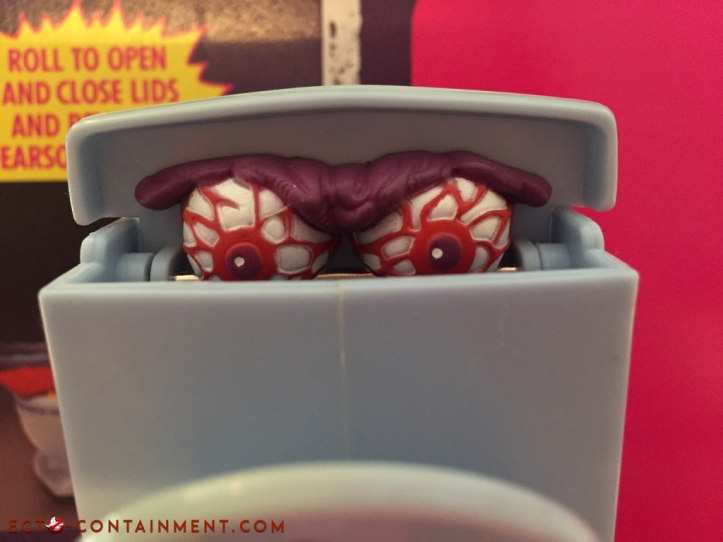 Why are Fearsome’s eyes so bloodshot, old New York City piping? If it wasn’t so busy keeping its name going, Fearsome Flush could make time for clear eyes. Wow.