For reasons that have me envisioning a dusty classified folder in a warehouse ECTO-3, the toy looked nothing like the Ecto-3 we only saw twice in The Real Ghostbusters.

It’s safe to say kids wouldn’t have had the kind of fun with a unicycle/sidecar that they already were with both Ecto 1 and Ecto 2.

Did children even ride unicycles in the ‘80s? 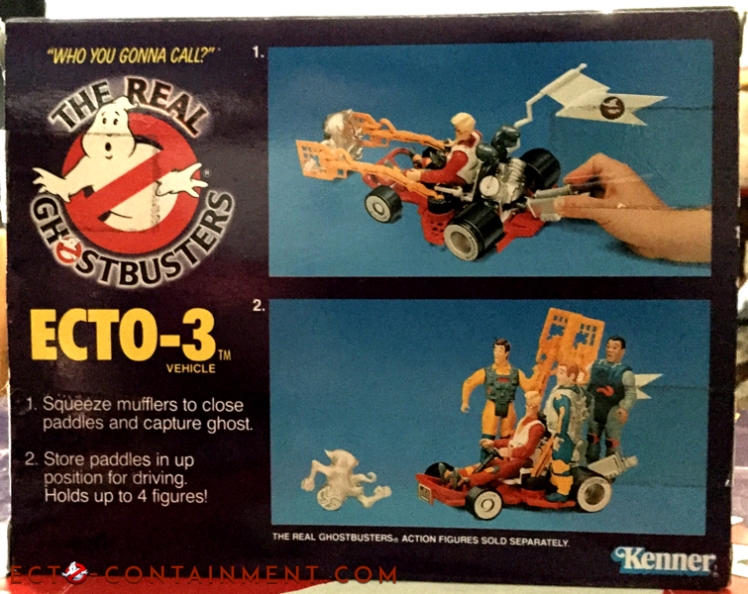 ECTO -3 is sorta a cross between a modified go cart and a Formula 1 race car. With giant paddles!

One hero figure can sit to drive and operate Ecto-3 while the other 3 can stand/hang off it. For driving, put the paddles up where they’re stored. This may be more cramped then the unicycle with a sidecar.

To catch a ghost (Galloping Ghoul Ghost included) a kid or an adult in their 30s puts the paddles down. Squeezing the mufflers closes the paddles and captures a ghost. Where it’s held until one of the figures feels safe enough to get out a trap, if their toy creator had made one at the time.