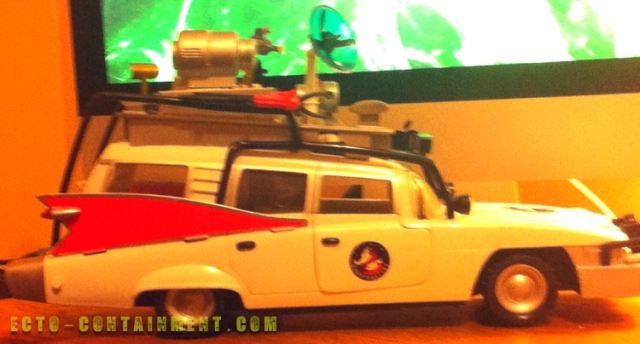 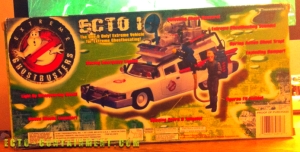 The finished and touched up version Trendmasters photographed for the box art might have been the version that was supposed to be mass-produced. Or it was an earlier prototype. They use “no ghost” logos on the hood and doors. The finalized version has the Extreme Ghostbusters logo.

The wheels were also some modernized version of ’50s white wall tires. The final toy wheels are a single color, silver. While minor, the satellite “stand” is also this opaque ice blue. The final version is a solid white. 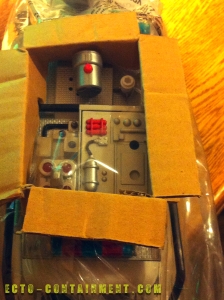 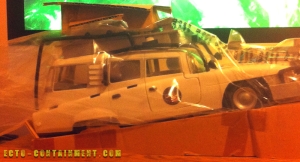 With this ghost that “materializes,” then disappears within Extreme ECTO-1 it would have had made more sense to have a Ghostbusters logo type ghost do that from within the large Ghost Trap. 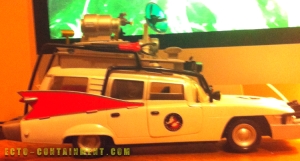 The ‘rocket’ fins are made from a thin plastic. They have pegs which should fit securely. I don’t know if time wasn’t kind to one of mine, with the placement of the safety structure as well, the passenger side comes loose when their is movement with this toy vehicle. I do like how the fin lights plastic seems realistic. 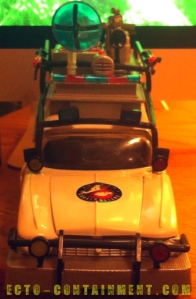