Before you can “stage your own supernatural battles” The Real Ghostbusters need to be apart of it too. In 1986 Kenner knew what we were asking Santa for. Each The Real Ghostbuster came with a proton pack (built in colorful proton streams included) and Class II looking ghosts to bust. Other accessories wouldn’t be included until later figure lines. 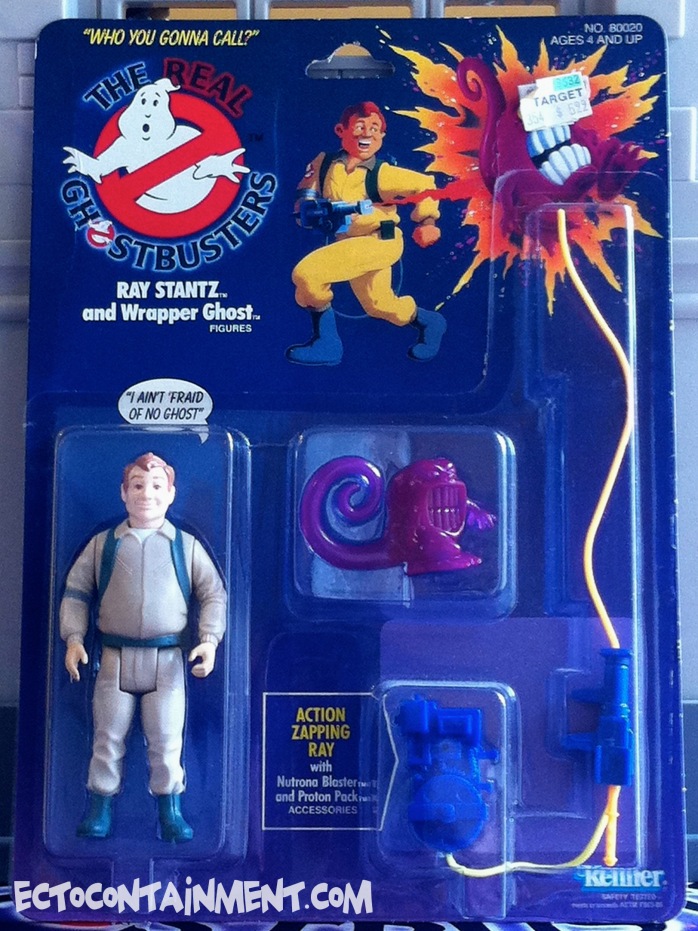 This is what the original card in the US for The Real Ghostbusters looks like. I’m thinking now more like a collector than a kid, it would have been great if Kenner used the same front packaging and added “second run” or something similar.

Ray’s proton stream is a light orange and his ghost figure is Wrapper Ghost.™

This is a good time to point out that each figure retailed for around $5.99 USD at chain stores such as Kay Bee Toys, Toys ‘R Us, Target, K-Mart, Wal-Mart, and other department stores. Prices for the first series figures can go for almost 4x that price 25 years later! 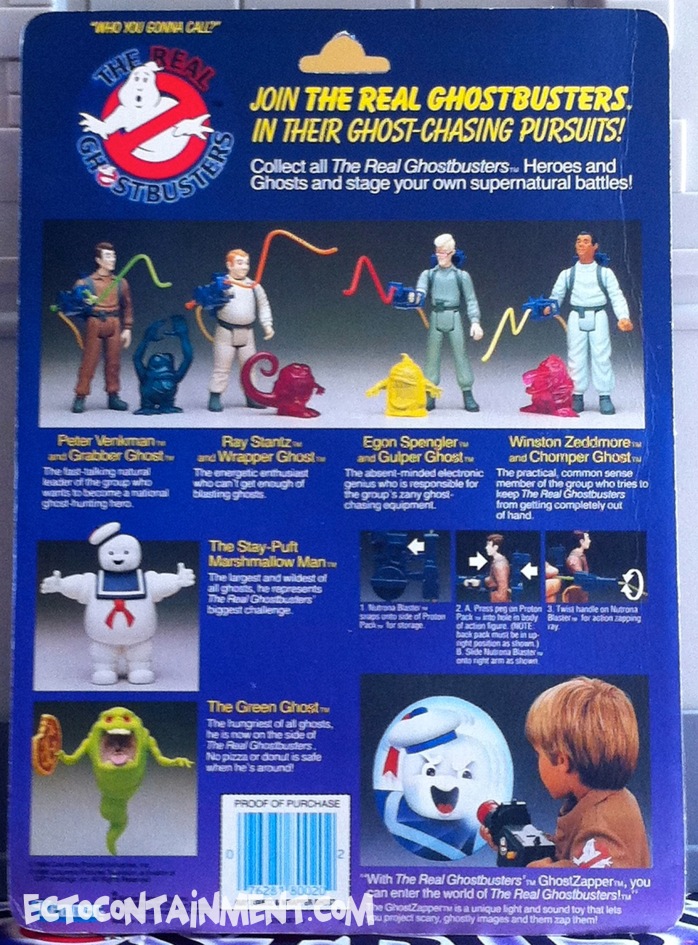 The back of the first run cards look like the card to the right. It informed us to “join The Real Ghostbusters in their ghost chasing pusuits!” Its true they chase ghosts, isn’t it more about busting them? The original card gave us information about each figure, including The Stay Puft Marshmallow Man™ and The Green Ghost.™

Before Kenner ever made a proton pack and definitely a ghost trap they made a kid friendly projector known as the GhostZapper.