Kenner officially made two role playing toys. I’m not sure why they labeled them as such since an adul..I mean kid could role play with many of the ghost busting toys. Most of the others were considered weapons. 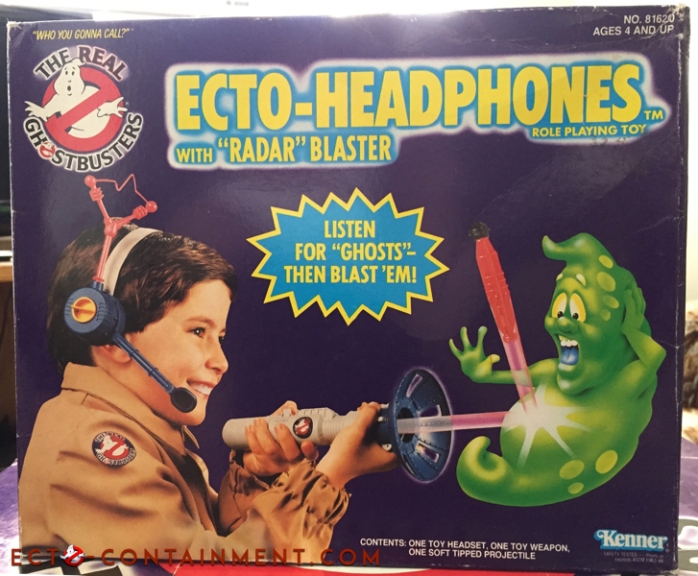 While not true at all I’d like to think that the Ecto-Headphones™ with “Radar” Blaster and Ghost Nabber were made to reflect the Ghostbusters earliest days.

The Ecto-Headphones are a cross between real ghost hunting equipment and the P.K.E Meter. Kenner included the P.K.E meter with the proton pack.