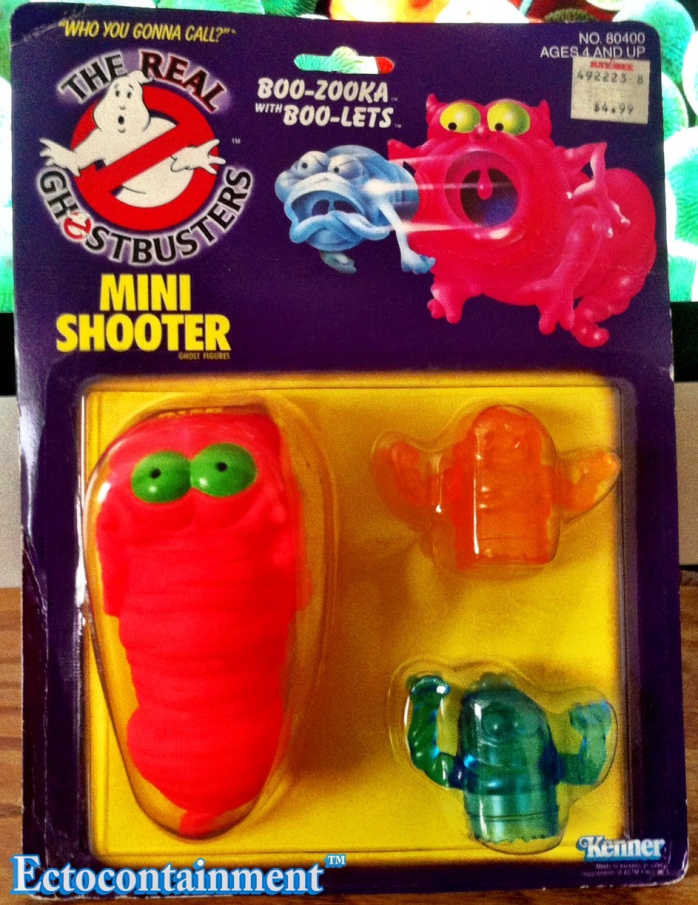 Boo-Zooka™ is a cocoon shaped wormy ghost who was sitting around one day with his smaller ghost buddies, known as Boo-Lets.™ The orange and blue Boo-Lets look up (literally and figuratively) to Boo-Zooka. They want to be like it and listen closely to what it has to say. Boo-Zooka had this idea to start a band. The orange Boo-Let was nervous to ask, but it asked Boo-Zooka, what will we call our band? Boo-Zooka proclaimed “Boo-Zooka with Boo-Lets” Both Boo-Lets were so glad to have their names in the band name, they didn’t question that none of them could play instruments or had any money. Boo-Zooka knows best.

A plan was in motion to borrow instruments. On their way to the biggest new ghost band event, Battle Of The Ghost Bands Boo-Zooka swerved the Boo-Lets, using its large tonsils to create a windy vortex to pull both Boo-Lets into its cocoon body! Their was no Boo-Zooka band, but the group known as Boo-Zooka with Boo-Lets had a plan to fight other ghosts for local TERRITORY.

The Boo-Lets weren’t so sure about this, they trusted Boo-Zooka to protect them. Boo-Zooka knew it wouldn’t have to really fight with its 4 arms. The other ghost bosses would just think they’re facing Boo-Zooka. They wouldn’t know until it’s too late that two hidden smaller ghosts shot out with such pressure these other ghosts would be seeing “no ghost” logos.

Let’s take a look at Boo-Zooka’s training and fighting. Either of Boo-Lets can be inserted into Boo-Zooka by slightly twisting a Boo-Let into its mouth. That’s all the preparation Boo-Zooka needs for its master plan. When its ready to take on a ghost boss, (I should have really worked for Kenner at 10) with human assistance you can perform a sharp judo chop to shoot Boo-Lets at presumably The Real Ghostbusters. I don’t recommend betting, safe to say mini traps are in their future.