Fright Features Egon Spengler came with a new real Ghostbusters equipment accessory, Terror Tweezer. Egon must have known it would have needed this specific equipment for the aptly named Soar Throat Ghost.

Get it? Because the ghost can both soar through the air and has a sore throat after having a run in with Egon. 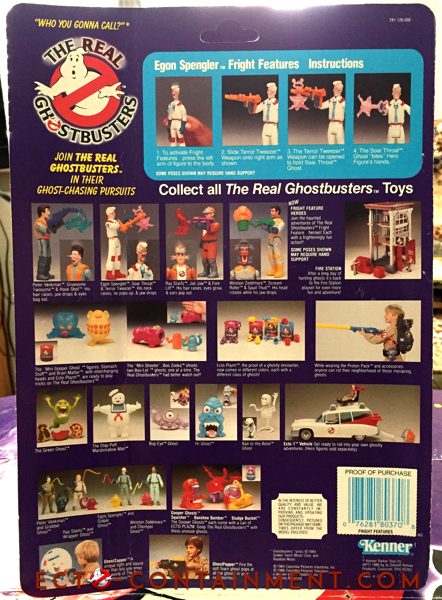 For those times when Fright Features Egon becomes frightened its neck will rise up, its jaw will drop, and it’s tie pops up! That was the best. Apparently the plastic for the tie must have been too thin as they were easily breakable. I wouldn’t even know that “fact” until a certain known auction site. I didn’t overuse Egon’s tie pop up skills.