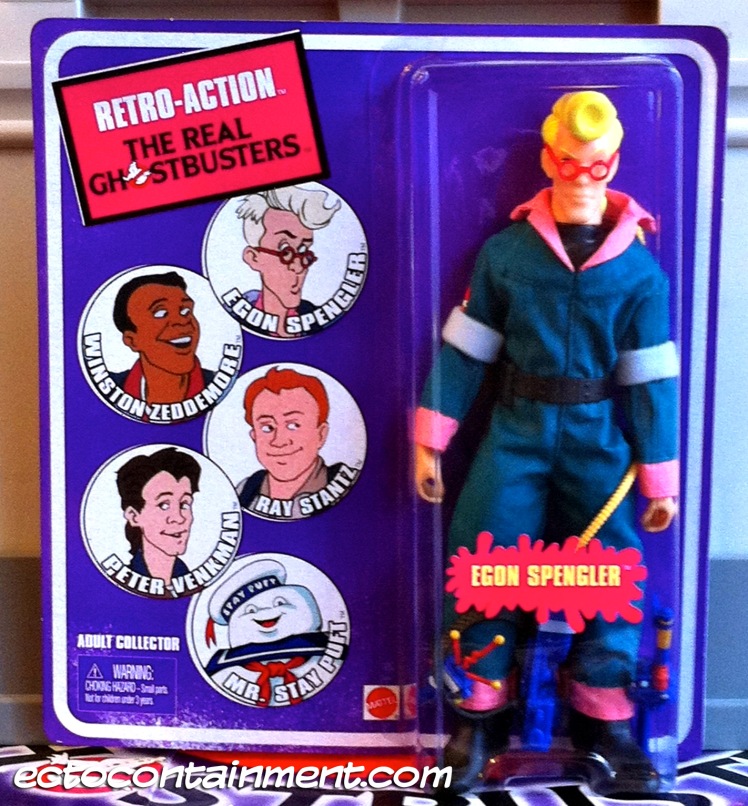 Very much like their 6” Ghostbusters figures Mattel chose to use the same packaging for each of its Retro-Action The Real Ghostbusters. The thin, flexible like card is a throwback to the packaging Kenner created for The Real Ghostbusters figures during the 1980s. I like how they mixed it up with introducing the guys. Instead of the line up I’ve been using since I first saw Ghostbusters at 6. Peter, Ray, Egon, and Winston. I can picture a Matty Collector team discussing the personalities and skills of each The Real Ghostbuster. Or they could have taken a vote over their favorites. Curious they chose to picture just about everyone’s favorite #1 “ghost,” Mr. Stay-Puft over Slimer. I love the big marshmallow guy, Janine should have been on the cards. At the time Matty Collector included her in a group picture on the back of the cards.

Everyone knows Egon is the PKE master, it only makes sense this is his and his accessory alone. Only thing is The Real Ghostbusters P.K.E Meter didn’t look like this. The antenna Mattel went with is based on Kenner’s version. I realize my retro action P.K.E Meter is backwards in its packaging.