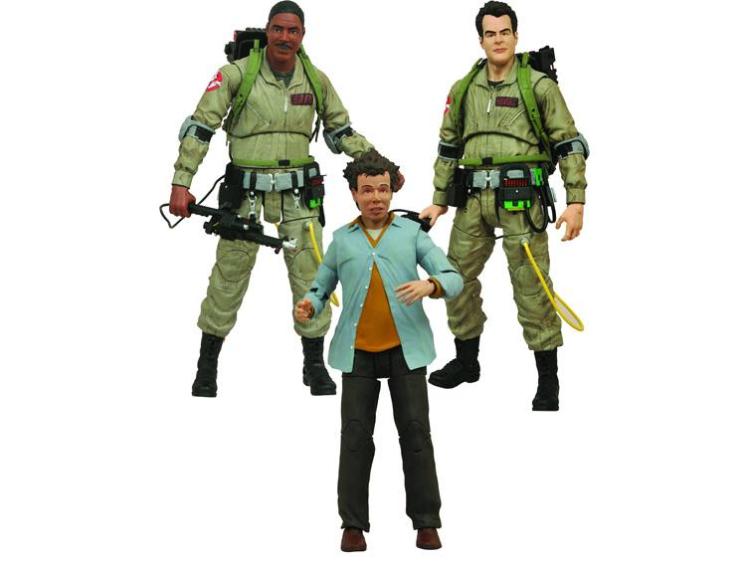 DST officially made the announcement on April 21 about Series 1 and beyond. We most likely knew Ray and Winston would be part of the first figures, the third figure (and the remaining line up) depended on approval. The third figure, “check on the little guy,” Louis Tully as Vinz Clortho!

A Diamond Select Toys release! After years of producing a variety of quality Ghostbusters products, DST is finally tackling 7-inch-scale Select action figures! With 12 release planned in the line, the first three will be Ray Stanz, Winston Zeddemore and Louis Tully, each with detailed sculpts, exacting likenesses and character-specific accessories. Each figure will also include a diorama piece – collect all twelve to build the rooftop battle scene from the end of the film! Each figure features approximately 16 points of articulation and comes packaged in the famous display-ready Select packaging, with spine art for easy shelf reference. Sculpted by Gentle Giant! 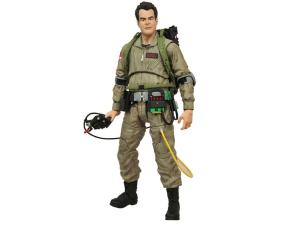 Series 2 will see (as is usually “in the box thinking”) Egon and Peter. Each figure has a retail price of $24.99 USD and should hit shelves and on-line shopping carts during September 2015.