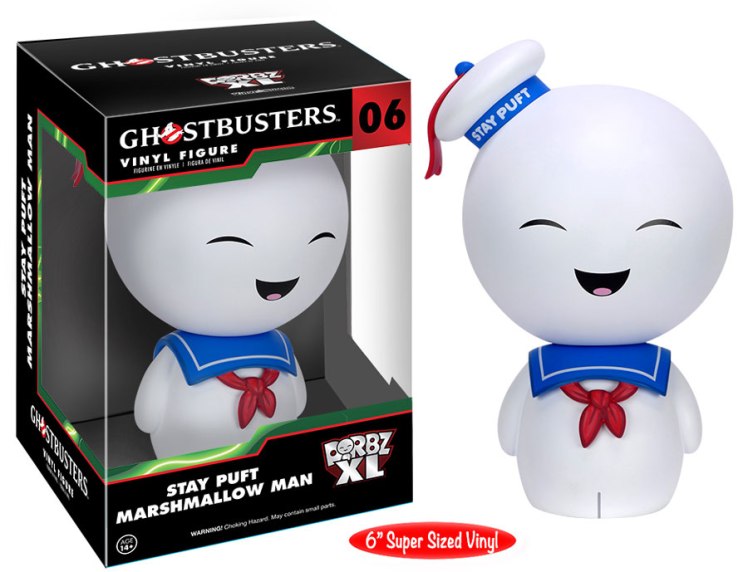 Funko is bringing ghostheads a 6 inch Stay-Puft Marshmallow man Dorbz!  Good thing he’s happy. We all know what happens when he gets a little toasty. (Ecco-Containment Blog Post, September 4, 2015) 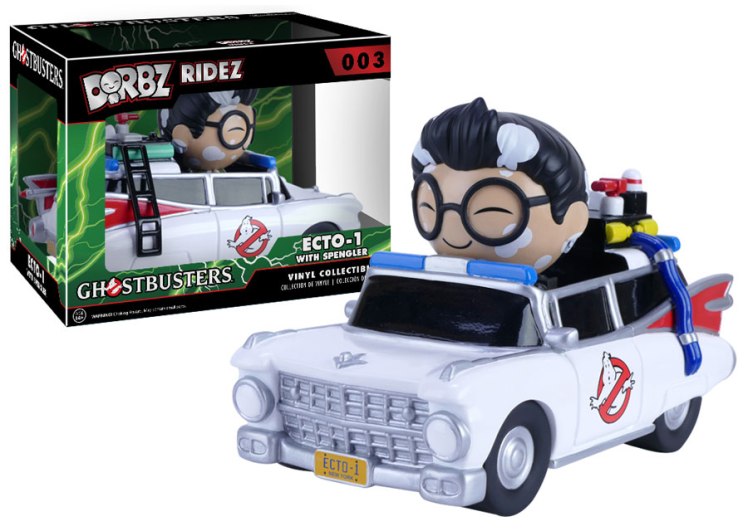 Here’s the first (and probably only) ECTO-1 Dorbz, part of Funko’s Dorbz Ridez. Its a scaled down version of their Pop! Rides ECTO-1. (iRich Blog Post, December 28, 2014) It includes a variant Egon Spengler Dorbz, covered in “marshmallows.”

You may remember that Funko had an exclusive NYCC Pop! Rides ECTO-1 (Ghostbusters Inc. Blog Post, September 14, 2015) that also included an Egon Spengler. Which looked like it and the car had been slimed.

Each of these respective Funko Dorbz will retail between $20-25 USD depending on the on-line retailer. They can be pre-ordered on-line. They’ll be available in February 2016.