If you’ve ever read or collected a toy line you know its a foregone conclusion that the company behind that line is going to make a variant of said figures. Matty what’s their name were practically known for doing this with Ghostbusters. In a different way, Funko and their brands have done something similar (though to their credit better) with both their Pops! and Vinyl Idolz.

I wasn’t surprised when I unexpectedly found out Vinyl Sugar will be releasing at least two (that they’ve shared) variant (or chase, (ya know thrill of the hunt) Ghostbusters Dorbz.

As is typical and expected a Peter Venkman variant has a slimed uniform. Paint theme is similar to Funko’s Ghostbusters Movie Pops! variants. 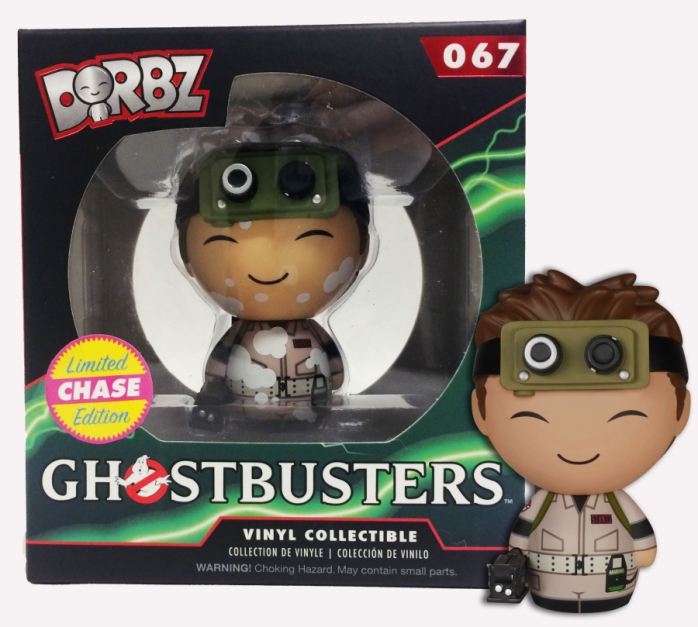 Like a variant Ghostbusters Funko Movie Pop! Ray Stantz Dorbz is covered in marshmallow splatter. At least as much as a small vinyl figure could be.

At this time I don’t know where these will be available. Most likely exclusive to certain on-line retailers. If Ghostbusters Chase Edition Dorbz appeal to you, Vinyl Sugar mentions a release month of December, 2015.