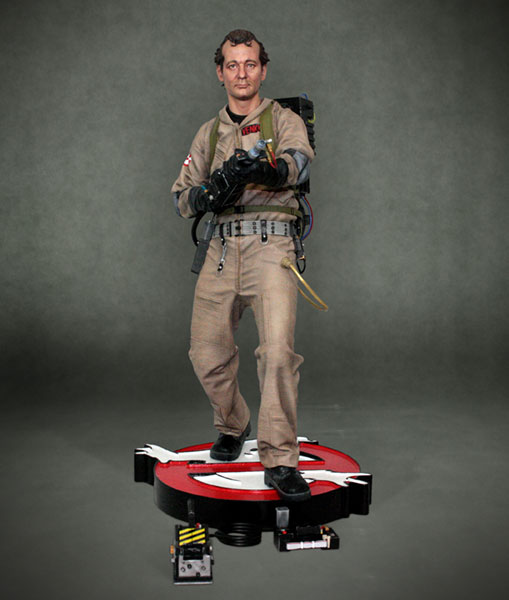 On November 19, 2015 Hollywood Collectibles Group officially announced their 1:4 scale Peter Venkman statue. Since their preview/prototype (Ecto-Containment Blog Post, July 12, 2015) from SDCC 2015 HCG have improved on the head sculpt. While I didn’t notice, some fans felt the equipment could have been more detailed. Considering how tiny some of the details have to be, I can easily overlook something that doesn’t seem “right” from the actual props.

We are proud to present the first in our highly anticipated line of Officially Licensed Ghostbusters statues…Peter Venkman!

Featuring an incredible likeness of the inimitable Bill Murray in character as Venkman, this incredibly realistic statue stands approx 19” tall on its Ghostbusters themed base.

Standing in classic Ghostbusting pose, Venkman is captured with Neutrino Wand in hand and comes complete with an intricately detailed Proton Pack. 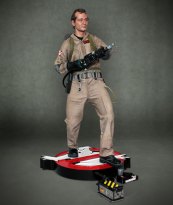 This high end collectible retails for $399.95 USD from Hollywood Collectibles Group. Financing options may be available at time of purchase. 1:4 scale Dr. Venkman is set to ship during the 2 Qtr of 2016.