Around this years San Diego Comic Con when Funko/Vinyl Sugar‘s Ghostbusters Vinyl Idolz were out there in the wild I was checking the usual on-line retail sites so I could buy them. Still to my knowledge no ghosthead who isn’t an employee of Funko knows why their isn’t a Vinyl Idolz Winston. I sorta preferred the SDCC exclusive versions. (Ecto-Containment Blog Post, July 11, 2015) A reasonable price alluded me within the US. Last year I bought something similar with Funko’s SDCC Marshmallow Covered Movie Pops!. (iRich Blog Post, December 28, 2014)

With some of the exclusivity out of reach I ended up buying Vinyl Idolz Peter Venkman first from Barnes & Noble‘s website. Vinyl Idolz Ray Stantz and Vinyl Idolz Egon Spengler came from an eBay seller in NJ. I was able to save some more that way.

Somewhat of an interesting story about buying a Dr. Peter Venkman Vinyl Idolz. I have ordered on occasion from B&N website over the years, this was the first time I experienced Laser Ship. I think that’s what its called. If you’re not familiar its basically a “local” shipping company that’s suppose to deliver your package faster then more recognized delivery methods. I believe that’s after one of B&N’s warehouses shipped using I think a brown plane. I didn’t actually see Laser Ship at my house. It didn’t seem faster then my regular mailman. 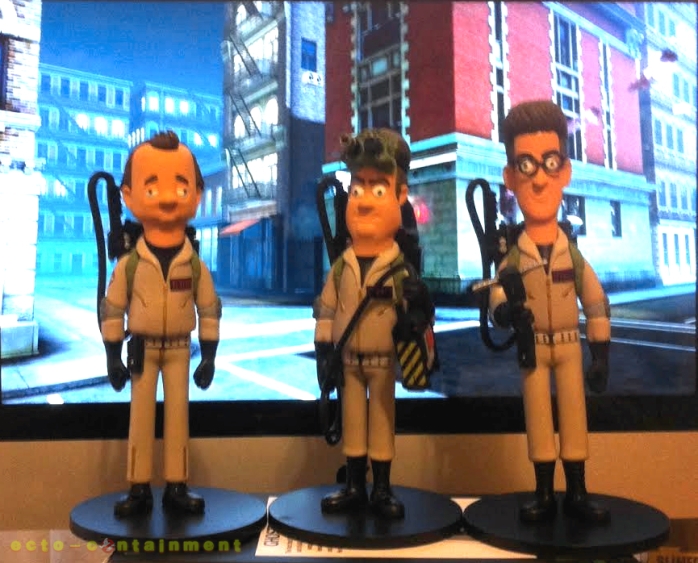 You can’t tell from this photo, Vinyl Idolz Venkman had a bit of a rough time traveling to Jersey. I can understand. When I received this item, the figure had come loose from its plastic mold. And a bit of paint (or maybe the plastic itself) had “melted.”

Understandably I was a little disappointed. I didn’t want to have to return it and deal with that hassle. Long term I knew it wouldn’t be a big deal. When the other two figures arrived from a seller in NJ in great shape, that surely helped.

Every Vinyl Idolz Ghostbusters has the usual uniform details along with their gear. Neither which are movable or removable. Though their is a bit of flex. Vinyl Sugar also included these larger circular stands. They’re kinda plain with their solid black color. Why not just use the “no ghost” logo like QMX’s Q-Pops?

If your figures are brand new, practically off the assembly line (wouldn’t that be a fun How’s It Made?) it may take a little force to  get the pegs to line up with the figures boots. Even with the unexpected exercise, it wouldn’t always stay. More flexibility may have helped here.

“What About The Packs?” 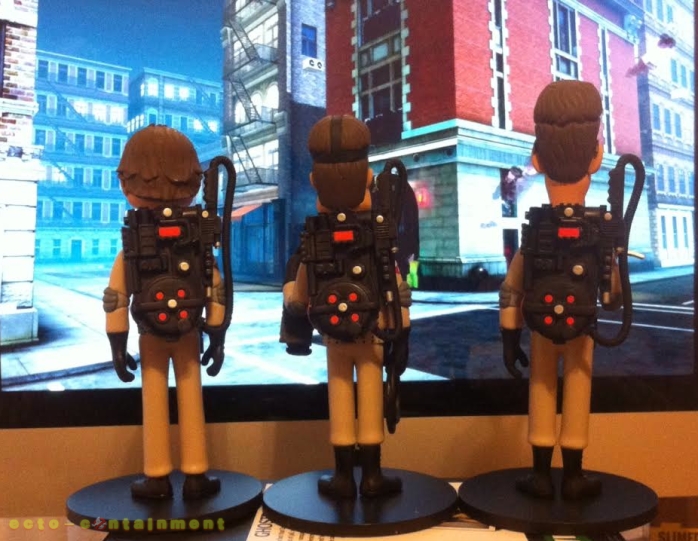 Can’t bust vinyl Funko ghosts without ghost catching equipment. Every Vinyl Idolz Ghostbusters comes with walkie talkies and Proton Packs. As noted they aren’t removable. Their is some flexibility with the cable and Nutrona Wand.

Vinyl Idolz Venkman was left out from any additional accessory, as is usually the case. How about a ghost sniffer? “What a crime.”

“We haven’t had a successful test of this equipment.” – Vinyl Idolz Dr. Ray Stantz

Vinyl Idolz Ray Stantz naturally comes with a pair of vinyl Ecto-Goggles. He also includes a vinyl Ghost Trap because he’s a Ray and Dan Aykroyd loves everything he created based off real science. 😀

The equipment pops (not quite an intentional pun while doubling as a Ghostbusters reference) with the details Vinyl Sugar put into these figures. 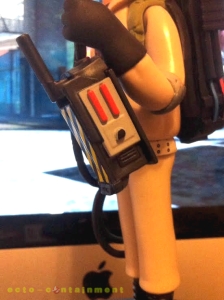 Vinyl Idolz Dr. Egon Spengler includes his glasses. They have a little take to them, I don’t believe they’re removable. If they were, I might think Vinyl Sugar were poor toymakers.

Vinyl Idolz Dr. Egon Spengler has its P.K.E Meter. For such a small scale, Vinyl Sugar did a great job with a vinyl accessory. Which may or may not have been borrowed from a movie Pop!

Without a Vinyl Idolz Winston Zeddemore the line feels incomplete. 4/11 for that. That a side, I like them. If you’re a ghosthead and a collector they’re reasonably priced as well.