Whether you’re a ghosthead or not, you’re probably aware by now that a LEGO video game is coming out with licensed characters from Warner Brothers, Universal, Sony Pictures, and additional studios. Lego Dimensions was announced back in April 2015. Two days before my birthday for the excuse.

While I wasn’t disinterested in a multi-character arc Lego game, it wasn’t exactly peaking my interest. Also, ghostheads didn’t know whether Ghostbusters would be apart of it. Ghostbusters Legos were like the little brother of Lego video game DC super heroes and Lego video game lords. Coincidentally Lego video game Marty and Doc could be considered the middle child. Their’s also another doctor in the game. Whomever that may be. 😀

With an announcement months later Ghostbusters will be just as much a part of Lego Dimensions as the rest of someone’s favorite characters “everything is awesome.”

On August 5, 2015 Warner Brother Games sent out a press release (add us to your mailing list for next time please, thanks) which highlights “key components” from the upcoming Lego Dimensions. While I’m sure they’re all great, we’ll pretty much just talk about Ghostbusters, naturally. Quick, I also want the BTTF Lego Dimensions Legos.

Each franchise (we’re guessing) represented in the game will have Lego fun packs. Depending on the set (Level Pack) it’ll also include “an all new game level” to play during Lego Dimensions. 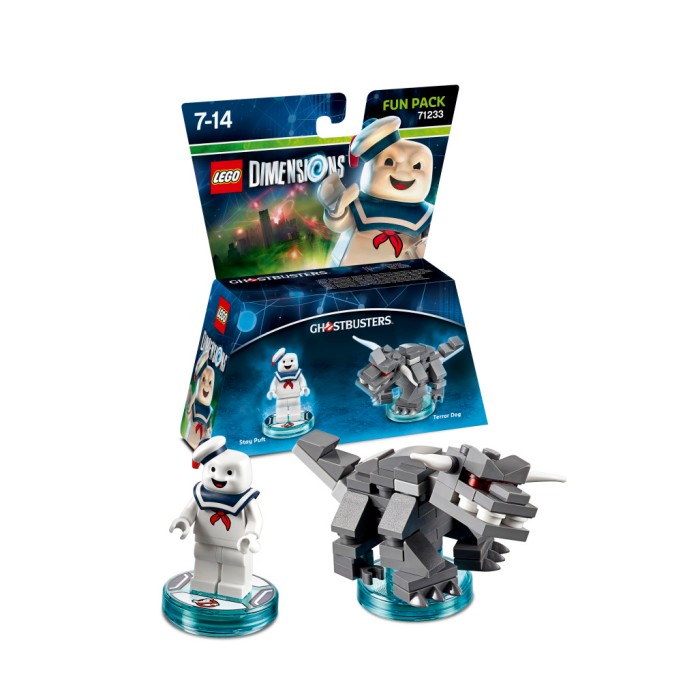 Finally for this all inclusive post Warner Brothers released a new trailer showing off some of the new content.