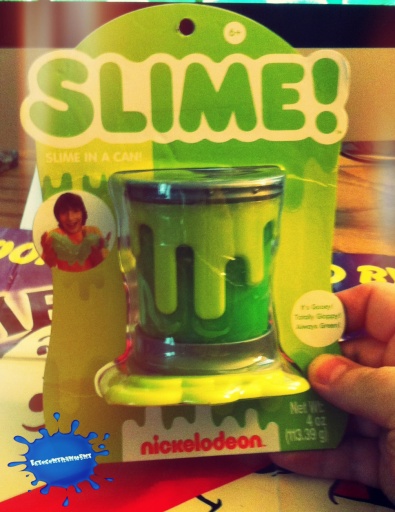 Like all good things, Gak and Slime! from Nickelodeon weren’t always going to be sold either on-line or in stores. I was a little surprised when I saw on Facebook in the last 4 months Nick brought back slime!, that glows and is shaped like a foreign germ. As opposed to the “secret of the ooze” canister version.

Their is also a secondary shape that reminds me of a frozen popsicle.

If glow-in-the-dark toy slime isn’t enough. Nickelodeon has even made Slime kits. The “super slimy kit” includes materials to make glittering, glowing, foamy, neon, and even scented slime! Ghosts won’t stand a chance, they will sure be stylish. :p

If that isn’t right their is also a sticky & glowing slime kit. Or a “flavored” blueberry and strawberry slime kit.

Unlike in August 2013 I don’t have a newer version of slime! or a slime kit to talk about. If you have any of these, feel free to comment.