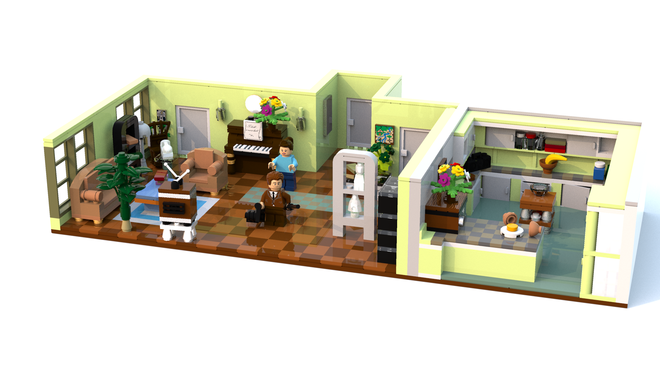 With LEGO officially making licensed Ghostbusters sets, (not Stay-Puft, that’s what I heard!) I kinda thought additional products would come from Lego/Sony. Thankfully over the weekend Lego builders and ghostheads proved me wrong.

Over at LEGO Ideas Bobbrick999 has designed Dana Barrett’s 1980s apartment, you know before the Gatekeeper brought property values way down. 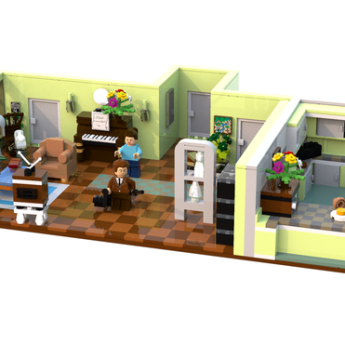 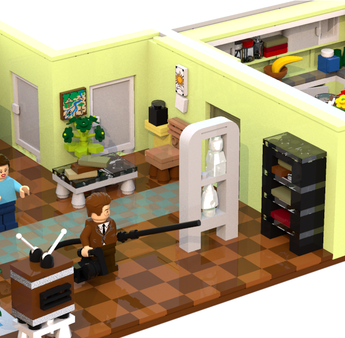 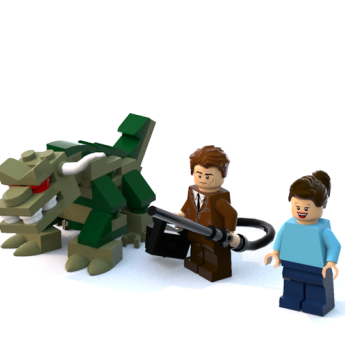 This is my Lego Ideas model of Dana Barrett’s apartment from the eighties classic movie Ghostbusters.

I Have made the model as near to movie accurate as I could get, I spent a lot of time viewing the film footage and cross referencing from screen grabs, The apartment features several times throughout the movie and the set dressing changes on each occasion, so I have combined all occasions into the model. The features of the set are as follows three mini figures Dana Barrett, Pete Vekman,Naughty Dog.

Naughty (Terror) Dog arms to attach to the arm chair.

Additional pieces to create the apparition in the fridge.

All the furnishings of the apartment, Piano, Tables, Books (etc).

This is one of my favorite scenes in the film I believe this Lego Idea would really compliment the ghost busters Lego sets that are already available.

I really would like to see more Lego sets based off the original Ghostbusters movies. As Lego wouldn’t (or hasn’t) made a Stay Puft that had the support the project needed more then once, I’m not really sure what direction Lego will go in (beyond Lego Dimensions) and Ghostbusters (2016).