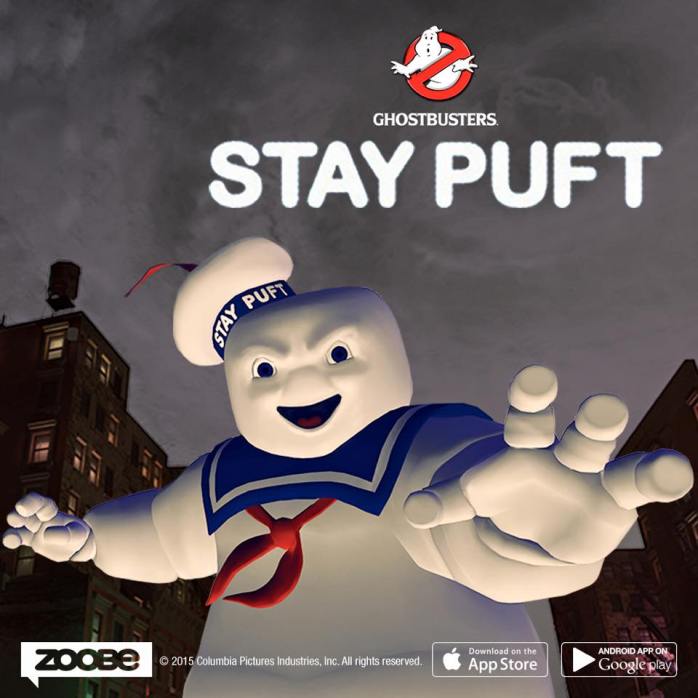 The scene is practically straight out of Ghostbusters when Mr. Stay-Puft strolls down the avenue. Except he’s almost immediately hit with multiple confinement streams. Somehow he still makes time to provide a message of your choosing! 😀

Zoobe is available for both iOs and Android.

In one of my multiple attempts at using a free marshmallow man character to my advantage I made him a spokes marshmallow once again!

Should or when the Zoobe link expires I’ve also shared (should it remain) this video to Ecto-Containment’s Twitter and Facebook accounts.