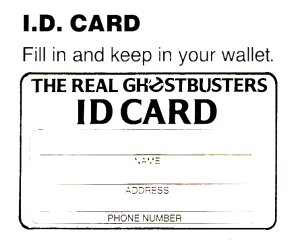 If my newer Kenner The Real Ghostbusters ID card hadn’t been misplaced or lost I would have scanned it and included it with the Kenner Proton Pack instructions. Just because I don’t have mine to share doesn’t mean an original scan doesn’t exist or even that their aren’t faithful recreations.

Last December ghosthead gEkX found his The Real Ghostbusters ID card in a folder with other stuff from when he was a kid. His card had age to it and his childhood information on it. Using his original card and an alternate source I’ve cleaned it up a little bit to re-share and post. 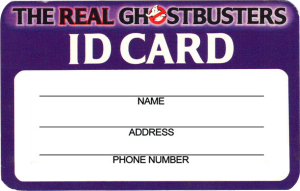 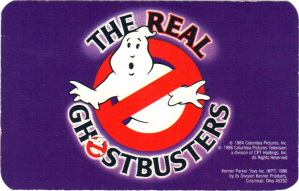 An updated version based off the original I believe was created by ghosthead Gh0stbuster I think in recent years. If he didn’t create it and you know the original source please let me know in the comments as well. I used what I believe is Gh0stbuster’s blank ID information to replace gEkX’s. 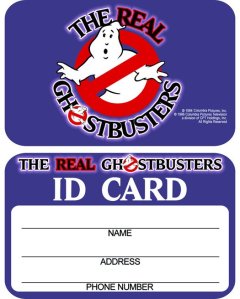