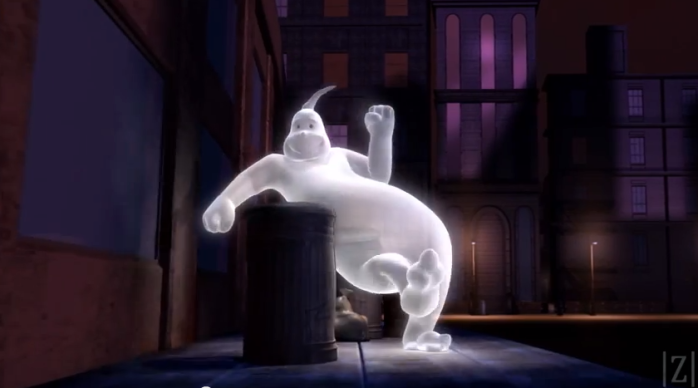 Zim animation, (YouTube) are a talented group (as in more then one) of artists and animators who take ’80s and ’90s cartoon introductions and recreate them in 3D. You may remember over the summer when Zim animation released their Teenage Mutant Ninja Turtles 3D intro. You don’t? Well that’s in part because I don’t run a would be turtle site called The Lair. If The Real Ghostbusters never existed, I might.With ooze out of their systems Zim animation is working on a 3D recreation of The Real Ghostbusters into. A teaser was released on Monday. I, like many ghostheads look forward to seeing this completed.