A ghosthead who goes by the handle Prologic9 bought Kenner The Real Ghostbusters first series hero figures and first series ghost figures off a popular auction site. Since he now owned them, he decided to try to recreate Kenner Ecto-Plazm.

This somehow led to me spending numerous hours working on replicating the precise recipe for Kenner’s Ecto-Plazm. I’ve actually gotten about as close as you can all things considered, but I don’t even know where to start with replicating the smell.

Prologic9 is an excellent photographer and after sliming his figures took “action” shots. 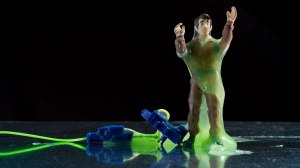 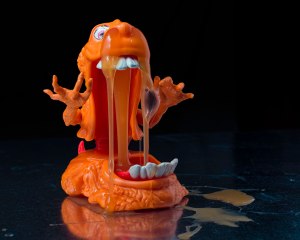 For additional pictures check out his Fun with Slime! thread from Ghostbusters Fans.