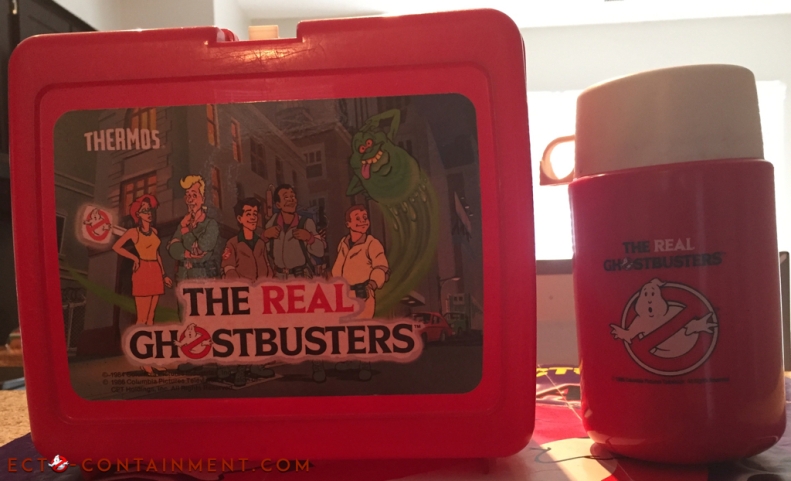 A rite of grade school passage. What plastic lunch box were you going to be defined by. What do you have in it for currency? For me above any ’80s cartoon franchise I liked, it was always going to be Ghostbusters.

I didn’t have a plastic Ghostbusters lunch box made by Thermos. Best to my recollection I didn’t know until years after the fact that their had been an official plastic red Ghostbusters lunch box with the “no ghost” logo on it. In the past I would search, it either didn’t include a Thermal or as expected, it lived a life.

What my family had was plenty of small, brown paper bags. Maybe those insulated zippered or velcro food thingies your parents could always seem to get. That (and age) is why I don’t remember having a lunch box to take to school. I was little, so it was okay. 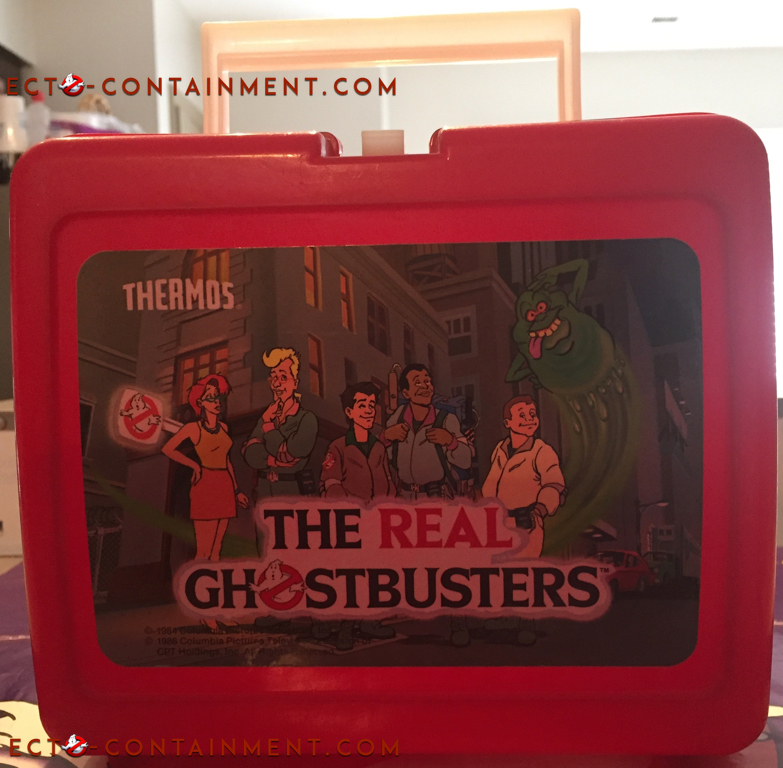 On that day (I have to imagine) I was with my mom, choosing the right for me The Real Ghostbusters lunch box, made by Thermos. The company that makes products for adults. I feel looking back I chose maybe a little based on availability a light blue one with the same Firehouse exterior. 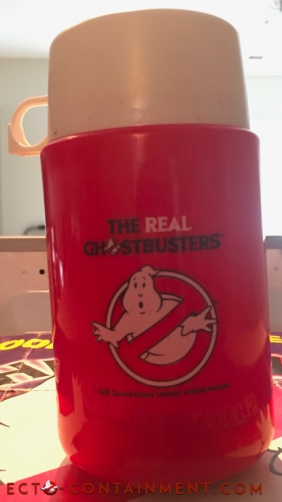 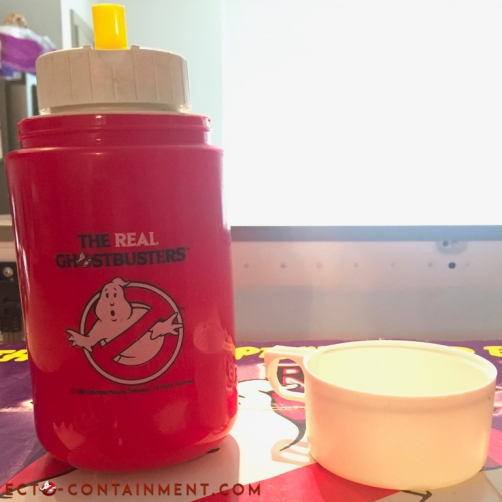 Having a decal sticker on a plastic lunch box was only half of mealtime. Without the Thermal you most likely had to drink whatever your school had to offer. At the time, the chocolate milk ruled anyway. What would a parent pour into a Thermal? Probably real juice or later Hi-C Ecto Cooler.

Speaking of which in the later 80s and probably early 1990s, (I’m not going to fact check about a year) Hi-C “slapped” Ecto Cooler logos on brown paper bags. I definitely remember them. I was no longer a kid and didn’t need a still cool Thermos The Real Ghostbusters lunch box at school. At least I didn’t throw it away.