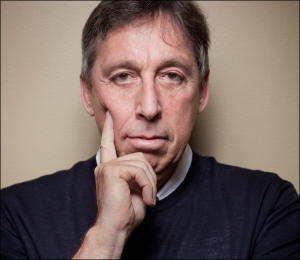 It was a great opportunity for Germain Lussier of io9 to talk to Ivan Reitman about where Ghostbusters has been and where it may be heading.

We certainly would’ve loved to have a larger hit. But considering the last film was almost 30 years ago, it really did extremely well. I think the film cost too much, frankly, and that’s the real issue. I personally had other points of view in terms of where the film should go and it was kind of a continuous conversation with Paul [Feig] about that. But Paul was the filmmaker on this one and he’s a very talented director. I wanted to give him enough room to do the film he thought it should be.

I think Ghostbusters is this wonderful [intellectual property] because it has so many storytelling opportunities, and it’s a particularly good one for VR.

We jumped into an animated film (GBI Blog Post, March 10, 2016)  [after the last movie] and we are developing live-action films. I want to bring all these stories together as a universe that makes sense within itself. Part of my job right now is to do that.

It depends on on how fast we can get it all together, he said. It’s hard to make an animated film.

Rather unsurprisingly, Reitman remained tight-lipped about the live-action films.