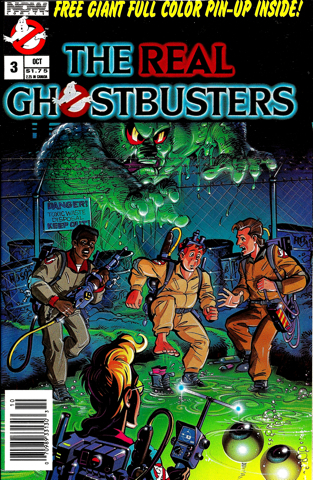 “While taking care of some toxic waste from the chemical plant, a barrel fell off the transport truck and landed into the nearby swamp, allowing a monster to rise up and attack the plant! The Ghostbusters are called in to deal with the problem as the creatures return for more chemical meals. But, instead of stopping them, the Ghostbusters might actually have to HELP them!”