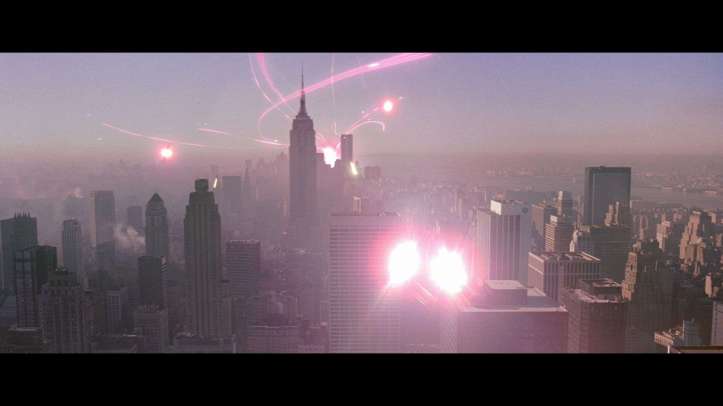 If you’ve been a ghosthead and on the internet a good portion of your life you’ve probably followed closely developments for what could have been “Ghostbusters 3.” Dan Ackroyd had an idea he’s talked about through the years where a doorway into our world opens, basically turning NYC into some ghost hell. These ideas would be incorporated into Ghostbusters: The Video Game from 2009.

A decade earlier in 1999 Dan Ackroyd wrote the first draft for Hellbent. I’m not sure when, where, (probably internet communications) or how, like a classified top secret file this script was out there to the fewest of ghostheads.

Occasionally I’d read a mention of this script. I use to search for it, never found any real Ghostbusters 3 scripts. Fan written, yeah. Chris who oversees Proton Charging began to share Dan’s first draft of Hellbent, dated March 10, 1999 in October 2010. 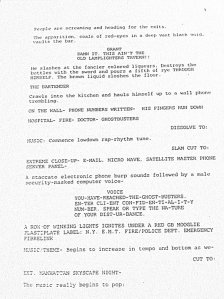 Its possible I was aware of those 2 pages, a month earlier someone I was close to had passed on. Even if I wanted Ghostbusters to be of some comfort, I had a lot going on in those early months. Of course an actual Ghostbusters 3 script didn’t matter at that point and it was barely a thought. 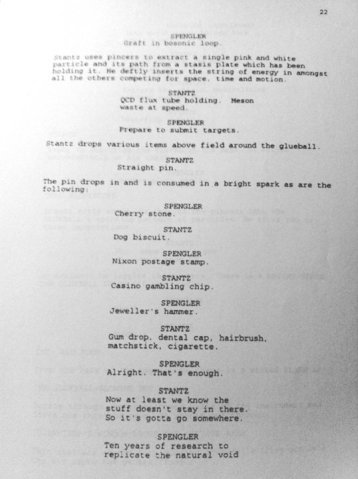 With Ghostbusters (2016) news/tid-bits/rumors during its production a Ghostbusters 3 feels like a life time ago. That script exists and again in recent years Chris has shared additional pages, something we know Dan Ackroyd would write. 🙂

Out of respect to Dan Ackroyd, appreciation to Chris, and a chance someday ghostheads will be able to read the entire draft I won’t upload every page.

All the shared pages of Dan Ackroyd’s Hellbent first draft script are on a Proton Charging’s Facebook album.