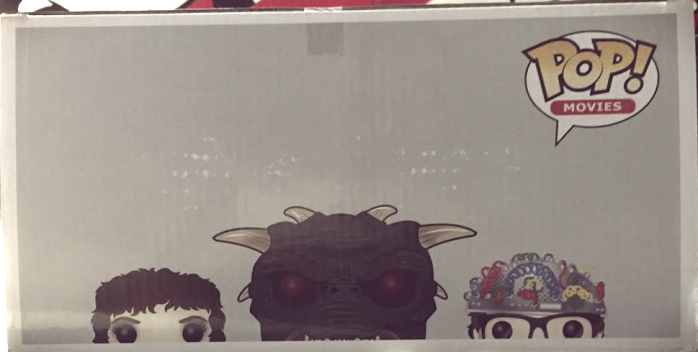 Back in May Funko showed off upcoming Funko products. (Ecto-Containment Blog Post, May 20, 2016) Maybe to the surprise of ghostheads, their was to be a new Ghostbusters Pop! Movies collectible! Not just one figure either. Fans wouldn’t have to buy them separately. However, ghostheads would have to buy them from Walmart as this 3 pack would be there exclusive.

My nearest location barely carries Pops! and other nerd collectibles. Seeing how they didn’t seem to carry summer 2016 Ghostbusters toys, I knew I wouldn’t see this 2.5 miles from my house. I went to order from the blue stores site. On the first try they were sold out. One day weeks later when I was being responsible keeping ECU running my friend let me know these were in stock. I was able to avoid the inconvenience of trying to go to another location and buy from secondary/third markets too.

Same friend (who is a Funko Pops! collector) and I placed an order. After I received mine via mail (to further avoid the blue store) and the day he was expecting his, a Walmart he was at (in New Jersey) had 10 of them. :O

As is usually the case when collecting any Dana and Louis figures, companies go to is their possessed forms. Zuul aka The Gatekeeper and Vinz Clortho aka The Key Master. I still have hope someday a high end figure company will make a Louis figure wearing its blue and white 1980s tracksuit. I’d refinance a mortgage for it.

Realizing I would make that suggestion to any figure company that would listen, Funko threw ghostheads a milk bone and included a Terror Dog.

One of my thoughts after opening the brown box these arrived in was that the “human” figures had flat bodies in comparison to Pop! Ghostbusters. I wasn’t sure they would remain standing when displayed. I haven’t over tested it, depending on the Pop! position and the surface type collectors should be good. It would be nice, similar to the Vinyl Sugar Idolz if stands were included. I know their have been custom “no ghost” logos stands for 6″ figures.

The colors for the hair and clothing are nice. It would have been cool to have that shimmering effect on the “dress.” Even if Funko could perfect that on a 3 inch figure, its price point over principle. So I’m good.

For momentary fun or display the head can be posed left or right. The arms are sorta permanently posed. The hair is zuul curly and from behind reminds me of an asteroid. Or melting soft serve.

Vinz Clortho, the Key Master from the Upper West side is waiting for a retail sign to tell us about the coming of a Pop! Movie Gozer. While we all wait, Funko Vinz agreed to some tests and a slice.

This Funko Key Master is mostly free of paint imperfections. Which could have also happened when I wasn’t as careful in removing the figures from the plastic. If I didn’t mention it, one might not exactly notice around the “seam” of its hair and the pasta strainer.

The glasses which I’m pretty sure are bigger then Funko Egon are nice, including plastic lenses. I doubt they’re removable. Even if they were, Spengler prefers a different style.

Also because its deliberate and less expensive then building small plastic straps, Funko painted a “stripe” for the pasta helmet strap. If it wasn’t for that slice of pizza, I would have thought Funko Vinz chose to do a handstand in leftover marshmallow man. Maybe it did anyway.

The clothing seems spot on, except again for a three decades old silky effect. Unless I could write it off, again price point over principle.

With one iconic scene from Ghostbusters I thought the arm could be raised to rub pizza (pepperoni no less) on that vinyl face. No such luck. 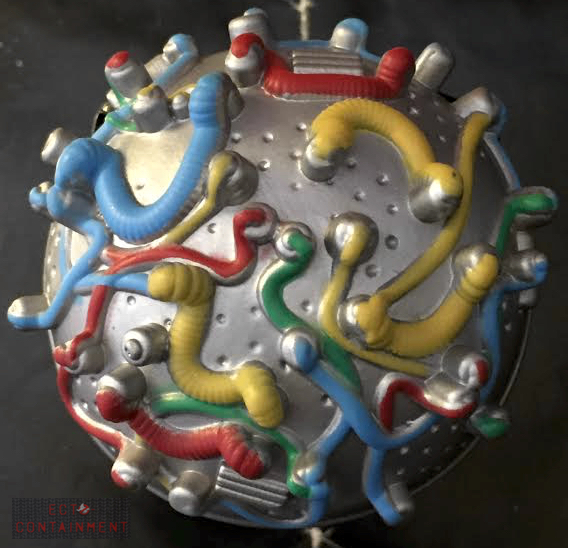 A closer look at the top of the helmet. Their is overspray which honestly I’m noticing more because of this photo. I don’t mind in context if you think of how the Ghostbusters once created hi tech nuclear equipment, then running low on funds took a pasta strainer (used?) and invented a helmet to check for paranormal brain activity.

That and overspray gives it an aged look. 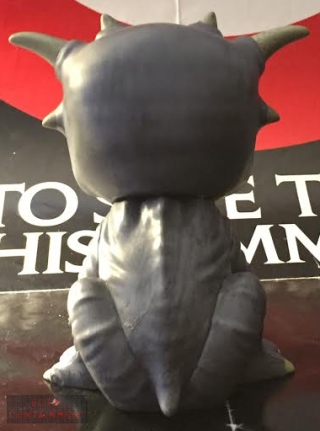 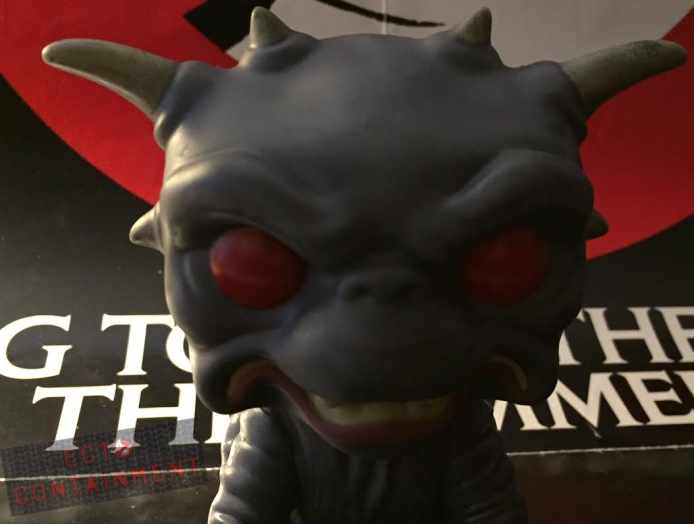 I don’t know what a Terror pup looks like. This is probably really close, if they were real. Funko Zuul, not a minion of non existent Funko Gozer is certainly solid compared to its XL Funko Stay-Puft friend.

The details are pretty nice for an animal Funko Pop. Admittedly this is the only one I own. I like the textures of the skin and horns. The facial expression seems real enough. Fortunately the eyes don’t light up red in that situation.

I didn’t really try to move the front legs. From the overall look and weight of a Funko Zuul, I’m not thinking so. The jaw/mouth area also don’t move.

For around $30 USD this Funko 3 pack is good for ghostheads and Funko Pop! collectors. If you have every other “classic” Ghostbusters Pop! I’d recommend these for the collection.

Originally a Walmart exclusive, but the label doesn’t suggest that. Also these were already discounted since being released by the blue chain.

Walmart’s site currently has Pop! Movies Ghostbusters 3 pack in stock. I don’t know if they ship internationally. Within the US, it can be ordered to either ship to one of there locations or to your door.

What Ghostbusters Pops would you want Funko to release next?

If they were released individually for under $10 USD, that would be alright too.