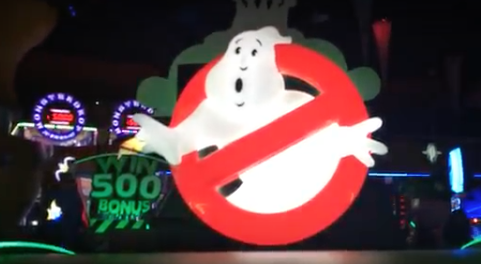 On November 16, 2015 IAAPA , an international trade show for amusement parks and attractions began. Arcade Heroes posted what fans and those in the industry could expect. Naturally our focus is on the Ghostbusters videmption game. A preview of what could be expected was posted at Arcade Heroes. 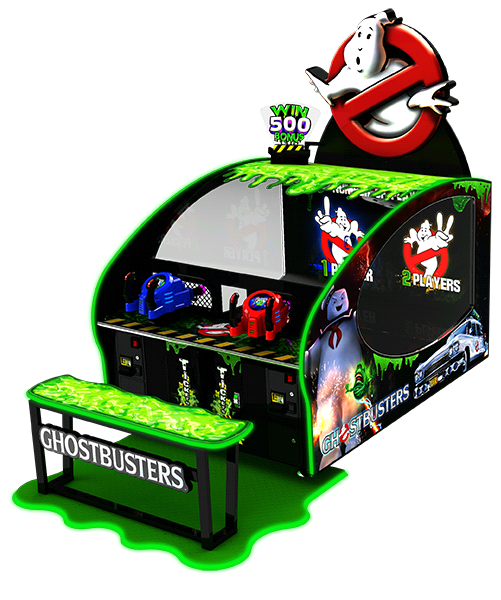 Ghostbusters: ICE has unveiled this CG image of their new Ghostbusters arcade videmption game that was developed with Play Mechanix. According to the release: “The inviting, 2-player cabinet has eight movie sequences followed by the final Stay Puft Marshmallow Man bonus game.” 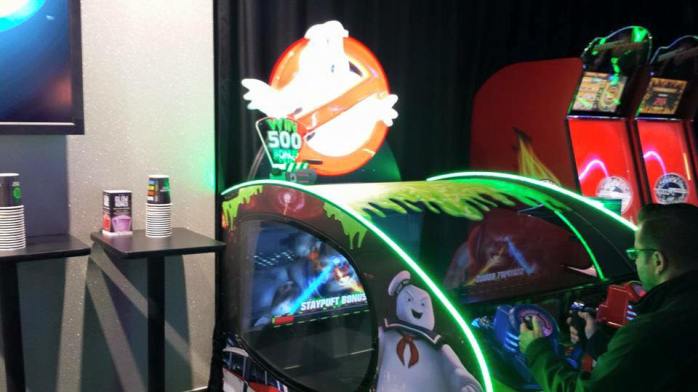 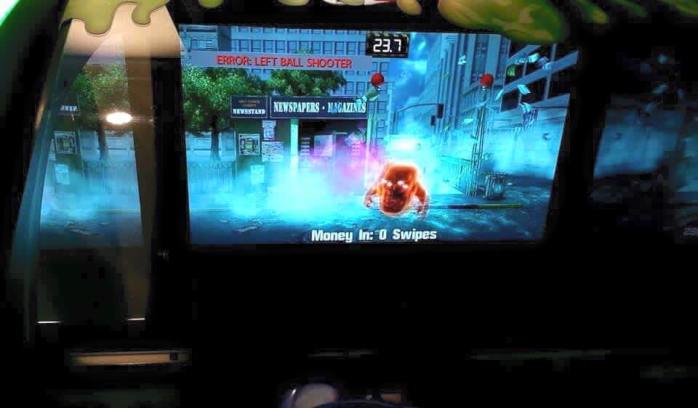 Around the time of this preview, it was reported by ghostheads on Facebook that ICE/Play Mechanix Ghostbusters videmption games have been spotted at Dave & Busters. As I don’t have a D&B anywhere near me, I can’t personally confirm. Hopefully in time we’ll learn more about where  ghostheads can play these.