Ghostbusters The Board Game

After the break, the official press release with Ghostbusters The Board Game photos! 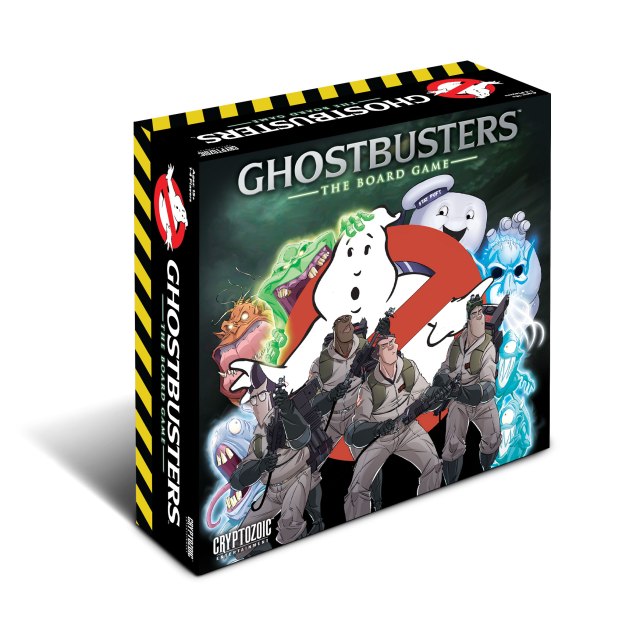 Lake Forest, CA – Oct. 29, 2015 – Cryptozoic Entertainment today announced Ghostbusters™: The Board Game will be available on retail shelves starting November 11, 2015. The cooperative tabletop game lets fans relive classic moments from the beloved film series, with up to four players teaming up bust ghosts and banish ghouls to the spirit world. The game was developed through a Kickstarter campaign and raised over $1.5M, making it the eighth most-funded board game of all time. Ghostbusters™: The Board Game will be available for a suggested retail price of $85 in stores and online.

Ghostbusters™: The Board Game is a game for 1-4 players, ages 15 and up. Players choose one of the four Ghostbusters character figures (Peter Venkman, Egon Spengler, Winston Zeddemore and Ray Stantz) and then select from one of the game’s pre-written scenarios, beginning a game session that lasts from 30 minutes to 2 hours, depending on the chosen scenario(s) and degree of difficulty. Each of the Ghostbusters has unique traits and talents that can assist the entire team, with highly cooperative gameplay. As players gain experience from banishing spirits, the Ghostbusters level up, gaining new abilities that help them take on greater challenges. The team can also hop in the Ecto-1, the Ghostbusters’ converted ambulance, to help them quickly move through the city.

Ghostbusters™: The Board Game will be available starting November 11 for a suggested retail price of $85. Kickstarter backers will get early access to the game and receive their copies starting the final week of October.

Cryptozoic will be celebrating with launch parties at board game stores around the country featuring the official launch kit. Learn more about locating Cryptozoic authorized distributors.

Learn more about Ghostbusters™: The Board Game by visiting the game’s official website.

Founded in 2010, Cryptozoic Entertainment, Inc. is a premier developer and publisher of original and licensed board games, card games, comics and trading cards, including the DC Comics™ Deck-Building Game, The Walking Dead™ Board Game, The Big Bang Theory: The Party Game and Ghostbusters™: The Board Game, the 8th most funded tabletop game in Kickstarter history. Following a philosophy and core principle of “Fans First,” the dedicated gamers and fans of the Cryptozoic Entertainment team are focused on producing fun and amazing products along with epic events that bring all gaming fans together as part of the Cryptozoic community. Visit www.cryptozoic.com for more information about product releases, events and news.