I usually don’t post about Ghostbusters costumes. With this new costume, it gave me an opportunity to say something I’ve thought, haven’t expressed. If a baby or young child is wearing a Ghostbusters costume, its safe to assume their parent or guardian is a massive Ghostbusters fan. As a ghosthead since 6 years old, I’d understand. When I see the occasional photo of a baby or chid in a (usually) Stay-Puft costume I feel a little bad. The Stay-Puft character is as its name gives off, fluffy, maybe even bulky. I hope these kids not only like being in such a costume, they can move in them. 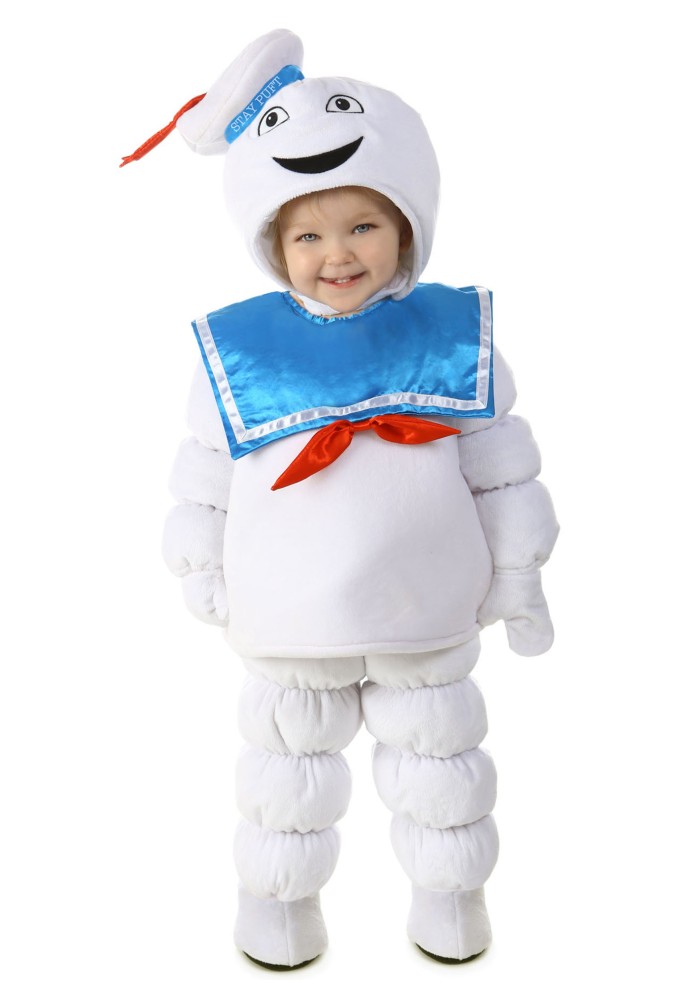 I’m not sure their has ever been an officially licensed Ghostbusters Stay-Puft costume for babies/kids before 2015. Unlike well made fan ones this official Stay-puft costume seems to provide decent flexibility. Its technically a Halloween costume. I know ghostheads, this could be great for a con or related event.

This deluxe child’s Stay-Puft Costume will be available this September. It could and when back in stock be bought from on-line sites such as Halloween Costumes for about $50 USD. Possibly other on-line retailers and seasonal Halloween brick and mortar stores.